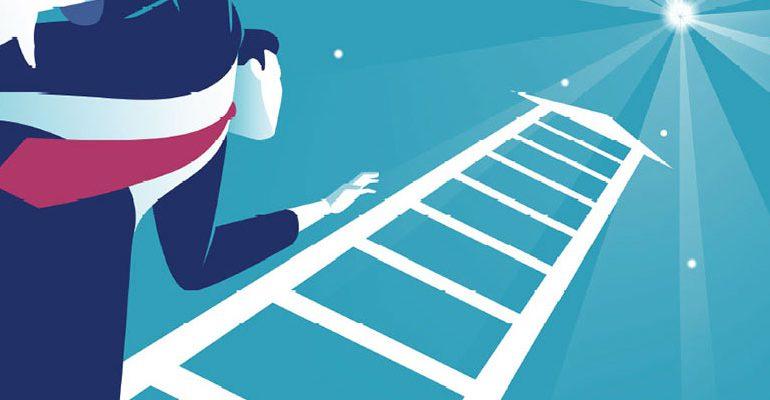 How New Law and Technology are disrupting legal services

For most of the past half-century or so, there has been one business model that law firms have been reluctant to turn their backs on— billing clients by the hour and rewarding lawyers for how long they keep the meter running.

But things are slowly starting to change. Over the past few years, there has been an emergence of alternative legal service providers trying to grab a slice of what has become a roughly $600 billion global industry by reinventing how legal services are delivered.

The growth in alternative providers has been driven in part by corporate legal departments seeking to cut back on legal spend, leading to an unbundling of services that were previously offered by law firms, and spurring a rise in legal outsourcing specialists, managed services providers and on-demand staffing solutions.

Alternative providers saw their revenues climb to $10.7 billion in 2017, according to Thomson Reuters’ Alternative Legal Service Providers 2019 report, 27% higher than 2015 when Thomson Reuters previously surveyed the market. Part of that is down to the Big Four accountancy firms— PwC, Deloitte, KPMG and EY—expanding their legal services capabilities, with 23% of large law firms saying they competed for and lost business to the Big Four last year, Thomson Reuters data show.

But other alternative providers are also making an impact. One such business is Integreon, which provides managed services not only to corporate in-house legal teams but to law firms as well, offering everything from litigation services and contracting work through to compliance and administrative assistance.

“Anywhere law firms and corporate legal need support for high-volume activities that require scale and a process-driven approach, and that are critical to their strategy and their mission, that’s where we’re playing,” said Bob Rowe, chief executive officer at Integreon.

“Law firms have always offered to do this process-driven high-volume work, but typically it has not been done very efficiently. That’s where Integreon has been able to step in to solve inefficiencies in this market.”

Rowe says Integreon’s approach is transformational because they are providing business solutions to what historically had been viewed as legal problems. To do that, Integreon draws upon a multi-disciplinary team that includes data scientists, Six Sigma experts and people with deep knowledge of business process design and implementation.

“Most of the issues we deal with are business problems that require a business process—and lawyers don’t get that kind of training in law school,” said Rowe.

“Bringing in a fresh set of eyes, perspectives and experience really helps when you are trying to implement change. That’s the key difference between Integreon and a traditional law firm— the way we identify a problem and solve it.”

One issue that in-house teams frequently complain about, he says, is mismatched legal advice. For instance, they might receive a first draft of a document that is way too aggressive and would be instantly rejected by their counterparty, meaning they either have to go back to the lawyer for a second draft and pay for the extra hours spent working on it, or fix it themselves.

Another problem is when costs spiral out of control or unexpected bills turn up on the doorstep because the work wasn’t scoped properly.

“Philosophically where some firms go wrong is they feel expertise is enough, so they have a great focus on getting the right people onboard but they haven’t really layered in process or technology to make sure it works,” said van Binsbergen.

“What we’ve done is create a service where we combine that expertise but with the process and technology to go with it.”

Part of that process involves constantly tweaking and improving the firm’s scoping methodology to ensure that Lexoo’s lawyers really understand what van Binsbergen calls ‘the need behind the need’, and then following up with clients after every job to further refine the process.

“If you’re doing 300 matters a month and you improve your process just 1% after each job, it really compounds,” he said.

“Traditional firms might do a big survey every two years or so, but they don’t have the systematic process to catch these things on an ongoing basis.”

Another alternative provider that is innovating with on-demand lawyer services is New York headquartered Axiom.

David Pierce, senior vice president and head of global sales at Axiom, says the firm’s offering is not only aiming to improve the way legal services are delivered but also to help improve both the career opportunities for lawyers and the way law is practiced.

“Axiom is a gateway between clients and lawyers that gives great legal talent opportunities and work that is interesting and exciting, and to practice the way that suits them,” Pierce said.

“We’re always thinking about how we can make it easier for lawyers to connect to opportunities that might be interesting to them, and to take the next steps in their career to advance and build skills, all while making it easier for clients to have a real-time beat on our legal talent and have access to the right resources at the right time.

“That’s what Axiom is all about—the crux of our business is really a human talent business. And that’s the one thing that no one can reverse engineer or copy.”

Axiom is also making meaningful strides with its diversity efforts by creating opportunities for people who have found it harder to establish law careers at traditional firms.

“We have to be more creative in how we identify and welcome legal talent into the profession,” Pierce said.

“The majority of our legal talent comes from top law schools, but law school pedigree is not always the best indicator for in-house aptitude.

“I have seen too many legal professionals ruled out of opportunities elsewhere in the industry because they don’t have the pedigree or the record that looks like everyone else’s.

“Identifying talent that recruiters typically overlook and giving them opportunities, and then watching them thrive, is a really great thing Axiom can do because we can do it at scale—nobody has hired more lawyers in the last five years than we have. If anyone can move the needle on diversity, it’s us.”

UK challenger firm Keystone Law is another innovator that has championed alternative career paths for lawyers who want flexible, remote working opportunities without the constraints and demands of a traditional firm.

“We have liberated our lawyers to practice law and freed them from office politics, billing quotas, and other stressors which come with the traditional partnership structure,” said Maurice Tunney, director of technology and innovation at Keystone.

“Our culture promotes putting our clients first, giving our lawyers a healthier work-life balance and promoting collaboration through technology.”